When Redmond-based Brianne Kiner was 9, she was diagnosed with hemolytic uremic syndrome, a condition where blood vessels in the kidneys become inflamed and damaged. These could result in clots that could block the organs’ filtering system.

Kiner found herself jaundiced due to poor liver function and bleeding in almost all cavities. Because her condition was so grave, doctors thought she would die—but didn’t. She eventually recovered but not until suffering from lifelong complications, including brain damage.

She wasn’t alone, however. A 19-year-old dancer, Stephanie Smith, was left paralyzed and brain-damaged as well. Meanwhile, an older woman from Nevada stayed in the hospital for two years to battle multi-system organ failure.

All these women had one thing in common: they ate undercooked patties from Jack in the Box. The 1993 E. coli outbreak, considered one of the worst cases of foodborne illnesses in the United States, left 4 people dead and affected 700 people.

Because of the huge impact of the contamination, this case was one of the precursors for a stronger call for better food safety and handling in all supply chain stages.

In 2011, the Food and Drug Administration launched the Food Safety Modernization Act (FSMA). One of its goals is to encourage manufacturers and processing plants to be proactive with safety, storage, and logistics using the latest technological tools, including the Internet of things (IoT).

Internet of things is a concept wherein objects can already communicate (or talk) with one another, sharing information, with the least human intervention. Moreover, this data can be accessible to users, which can then help perform analytics.

But the entire setup can also feature sensors, which feed data directly into software like inventory management, pressure control, or weight management. The information will come in handy when one needs to ensure they meet the required net weight found in their packaging.

But IoT can do so much more:

1. It Can Help Regulate Factors That Can Affect Food Quality

Food, regardless of how much it is processed and preserved, remains to be a perishable good. One way to extend its lifespan and maintain its quality is to control the factors that can lead to spoilage.

There are many, like temperature and humidity. Even a minor change in its ideal environment can increase the risk of diminished food quality. Unfortunately, these modifications can happen at any point in the supply chain, not just in the storage.

IoT devices, such as sensors can track temperature and humidity in real-time. Even better, options like proximity sensors may record changes without ever touching the product, thereby reducing the risk of further contamination.

Cold-storage vehicles can also be equipped with sensors, while drivers may use an app to monitor the temperature. This way, they don’t need to constantly open the doors (which can affect both humidity and temperature) or second-guess the condition of the food. They can easily determine if there’s any potential problem at any stage of the delivery.

In the meantime, the information these sensors can generate is useful in determining the ideal environmental conditions the food needs to be in throughout the supply-chain process. 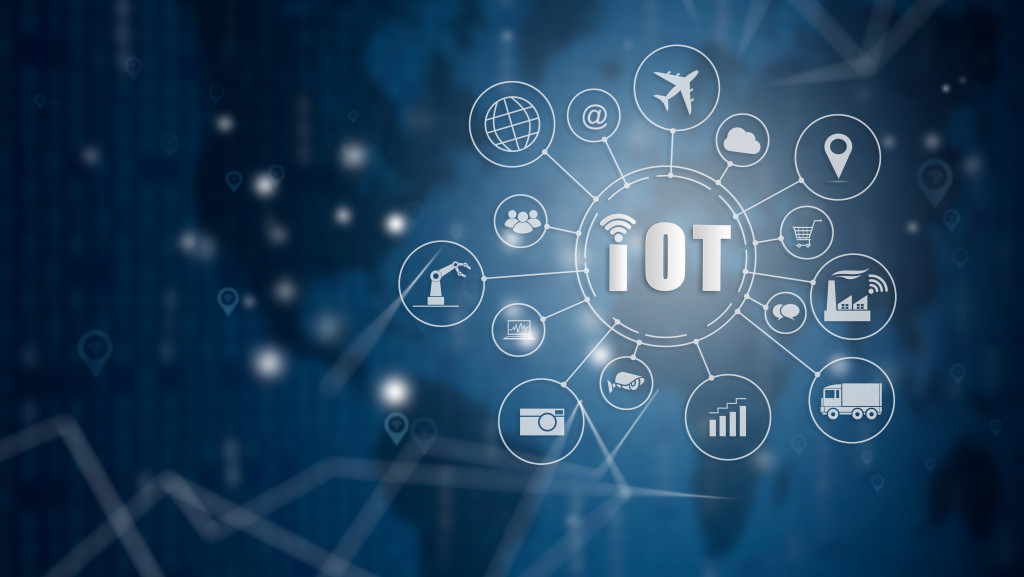 With controversies like horse meats used as burger patties, risk of bacterial contamination in green salads, and unethical animal practices, more consumers are interested to know where their food is coming from.

In a UK survey, about 84 percent of the respondents said that they checked the labels all, most, or some of the time. At least 65 percent felt concerned about the origin of the food, while nearly 70 percent claimed the source could affect their purchasing decisions.

When asked about their possible feelings if the product didn’t come from the area they thought it would, almost half revealed that they would feel misled, and over 25 percent confessed they would feel cheated.

In other words, food safety isn’t just about the processes used but also involves corporate transparency and ethics. Consumers now want manufacturers to be more accountable with their decisions to guarantee better food quality.

To achieve that, various countries recommend traceability—that is, all stakeholders, perhaps even including customers, can determine the location and condition of the goods from start to finish.

IoT devices aren’t the holy grail in food safety in the global supply chain. However, it plays a major role in guaranteeing that information is available anytime to improve processes, solve problems before they grow, and monitor the quality of the products from the facility to every home and restaurant.