The consequences of climate change are now being felt by everyone worldwide, including by Americans across the United States. In recent years, the country has seen hurricanes bring flash floods and strong winds that destroy property and displace families.

Hurricanes are the costliest natural weather disasters in the world. Experts predict that people can expect more frequent and more destructive hurricanes in the future because of climate change.

Flooding is now a common problem in the U.S. No one is safe anymore. All 50 states have, in the past five years, experienced flooding. And it is damaging to homes. Every year, there are more than $3 billion in insurance claims due to flooding.

The trend is likely to continue unless drastic measures are adopted to reduce the emission of greenhouse gases into the atmosphere.

Homeowners should be prepared to deal with flooding from major hurricanes as early as now. Even if they have not witnessed flooding in their neighborhood in the past, there is no guarantee that they will not see water accumulate and rise around and in their homes in the future. Anticipating the worst can save households thousands of dollars, and it will make their property more resistant to weather changes caused by the warming planet.

The driveway is one of the largest contributors to stormwater runoff. Because the surface is not permeable, rainfall does not seep through and be absorbed by the earth. It is, therefore, possible for water to accumulate.

Moreover, when moisture is always present, the driveway will eventually start showing cracks and potholes. While asphalt is tough and durable, water can cause the material to deteriorate more quickly. It will be very costly to repair and, if the damage is extensive, it will require expensive replacements.

The driveway requires proper drainage. Homeowners should consider installing drains on the edge of the driveway to ensure that rainwater is not creating a puddle on the surface. Rainwater should also be redirected away from the driveway, not toward it.

In addition, to prevent cracks and potholes from forming, the asphalt should have a sealant that will make it more resilient to moisture.

Better yet, homeowners should choose gravel instead of concrete to allow rainwater to seep through and be absorbed by the earth. You can also opt for grass that has the best permeability and is ideal for areas prone to flooding.

Permeability is important because not only does it prevent flooding, it also boosts the quality and quantity of groundwater. 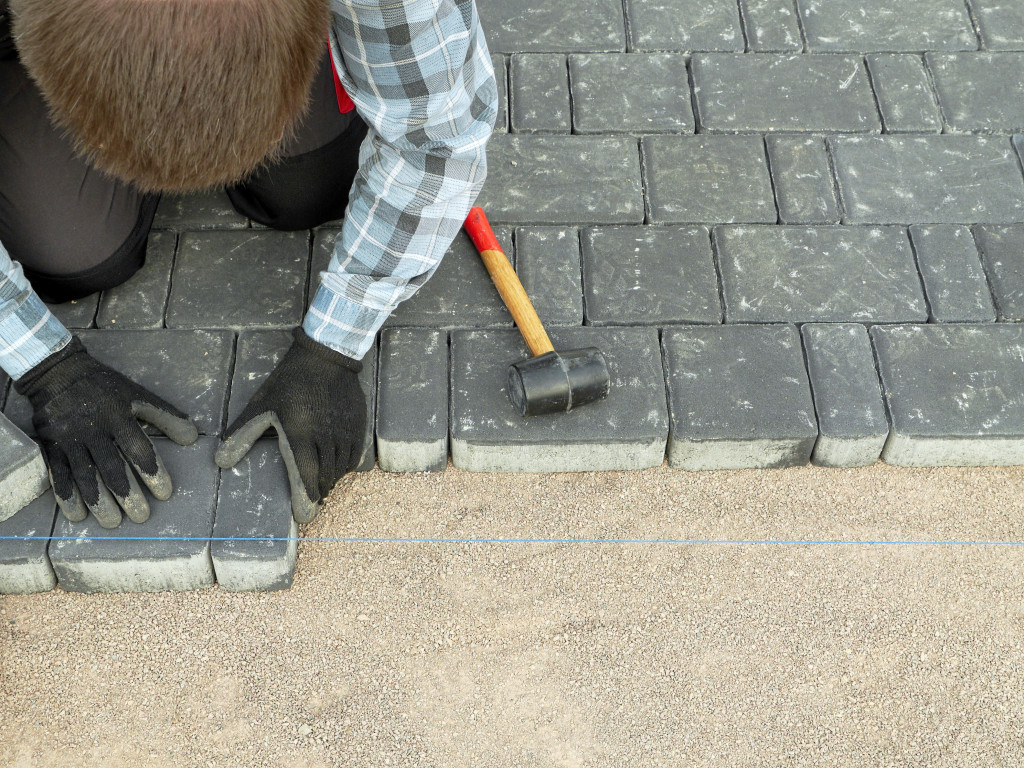 The garden and vegetation will be destroyed if flood waters reach it and accumulate in the area. Homeowners must consider the possibility of flooding when designing their backyard landscape.

One effective strategy to prevent flooding is by creating a rain garden. A rain garden is developed to redirect the flow of water whenever it is raining. The water is ushered and distributed so that the earth will soak the moisture within a day.

Swales, or dips in a landscape, are another common strategy to prevent flooding in a garden. The homeowner can dig a small canal where the water can flow and drain away from the vegetation.

A rooftop garden could be one of the most effective ways to door combat climate change-related flooding.

A rooftop garden, as the term suggests, is a garden on top of a building. It has already been proven effective against extreme heat, especially in urban areas. Researchers claim that it could reduce flooding in residential neighborhoods, too.

A rooftop garden can reduce stormwater runoff by slowing down water flow before it reaches the driveways and roads. On its own, a single rooftop garden may not do very much. However, if implemented on a wider scale, it can slow water flow and reduce the possibility of flooding. If mixed with water collection and rain gardens, the impact will be even more significant.

Green spaces have long been proven to be effective at preventing flooding. Around 3,500 trees have allowed Portland in Oregon to save $63 million in pipe replacements.

Hurricanes will continue to cause destruction across the nation, and climate change will only make things worse. Homeowners should be ready as early as now for the consequences of the warming planet by fortifying the exterior of their houses and saving money in the long run.