Drone technology has been around for many years, but it is only in recent months that its application has become more widespread. In the past few years, drones have been mainly seen as a military tool or a toy for hobbyists. However, other industries are turning to drones for their business needs.

Agriculture is one of the biggest industries that can benefit from drones. Drones can fly over big areas and send back images by using cameras attached to them. Because they can cover a wide area and fly close to obstacles without human control, they can be used for crop spraying and monitoring plantations. Other uses include crop irrigation, water conservation, and natural disaster mitigation.

Although many companies provide drones to farmers in Japan and Europe, the increase of farms using drones is not that prevalent in other countries such as North America and Australia. However, the move to use drones for agricultural purposes may increase because of the advantages it can bring to farmers. For instance, drones can be used to scout for pests and then spray pesticides only on the affected areas, thus saving farmers’ money.

Drone Technology and the Construction Industry

Another industry that is turning to drone technology is construction. The building industry often uses drones for aerial photography and videography, which allows them to review projects and check the progress of ongoing constructions. Other uses include the use of drones to measure a construction site and also for safety inspections.

In addition, drones can provide a helpful tool for architects by creating 3D models from aerial photos. This allows them to have a better idea of how their building would turn out before it is finished. Drones can be used to inspect sites that are difficult to access.

The use of drones is also evident in emergency scenarios. For instance, they are used to help authorities search for missing people who may be lost or stranded. Authorities can attach cameras to drones and then send them out to fly over areas where people might be found. Drones can also be used by police to take photos of criminal investigations or shootings.

Drones are now being used by organisations such as the United Nations for humanitarian missions to deliver medical supplies and food packets in areas where standard vehicles cannot access. Also, many governments around the world are using drones to monitor weather conditions and potential natural disasters that may affect their regions. 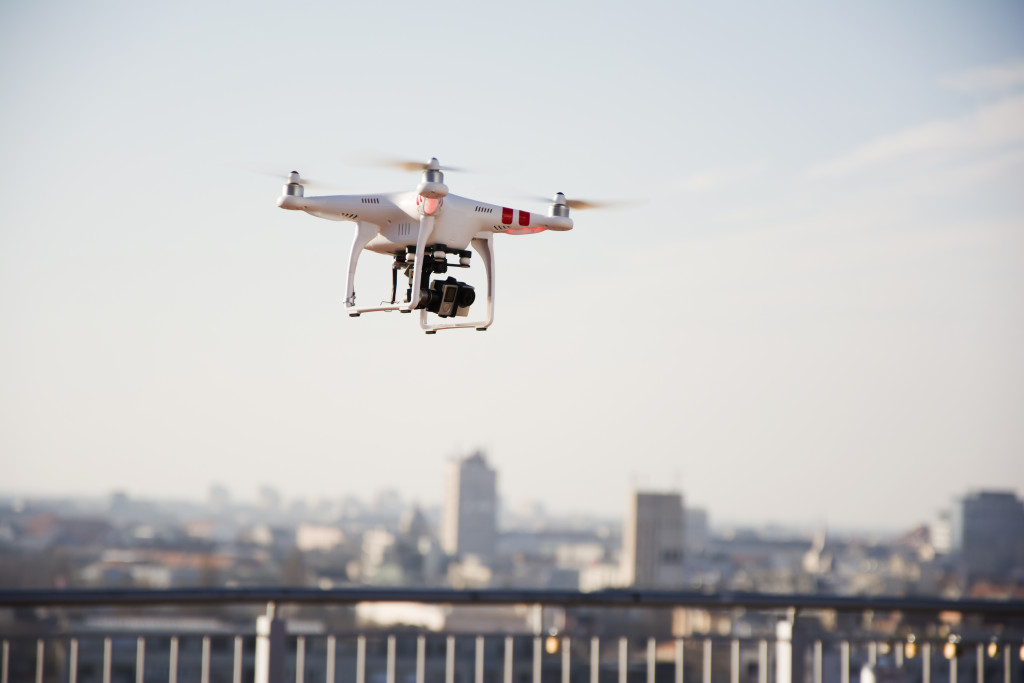 Inspection of Utilities and Power Lines

The use of drones is also prevalent in inspecting power lines and utilities. For instance, electricity providers frequently use drones to check power lines all over their territories for damage or malfunctions. Reports on the status of the power grid can then be made more accurate and with greater insight into what might need to be repaired.

Drones are also used to monitor pipelines that may need repairs or replacement. They can be sent up close to the pipeline and take pictures for inspectors. Repair crews can then assess what areas need maintenance work before returning to make necessary fixes.

Aside from the more practical uses of drones, they are also used as entertainment devices. There is a growing number of drone racing and freestyle pilots who use drones to perform amazing stunts and fly through obstacle courses for an audience’s amusement.

Drones can fly for long hours in one go and can be easily manoeuvred over large areas. This makes them ideal for racing or stunt performances, even with obstacles that are difficult to pass through. With the growing popularity of drone entertainment events, more and more people are buying drones to try their hand at flying them for fun.

Make sure that the batteries for your drone are always charged so that it can perform well and you don’t crash it into anything.

More recently, drones are also used in advertising. For instance, drones can be sent out to take images of a beautiful landscape or an amazing view, and then the images captured by the drone are attached to billboards for promotional purposes.

Drone photography is being used to sell real estate. Real estate buyers can take aerial shots of a property and post them online to give potential buyers an idea of what the property looks like from up high.

While it may be too early to assess if drone technology will continue to grow in popularity in the next few years, there are already several industries that are turning to this technology for better results in their operations. Drones offer a number of advantages over traditional methods, and it is expected that more companies will turn to them to make their job easier.